What Is the Inverted Pyramid (and How Can It Make You a Better Writer)?

The inverted pyramid is a method for structuring an article so that the most important information is presented first. 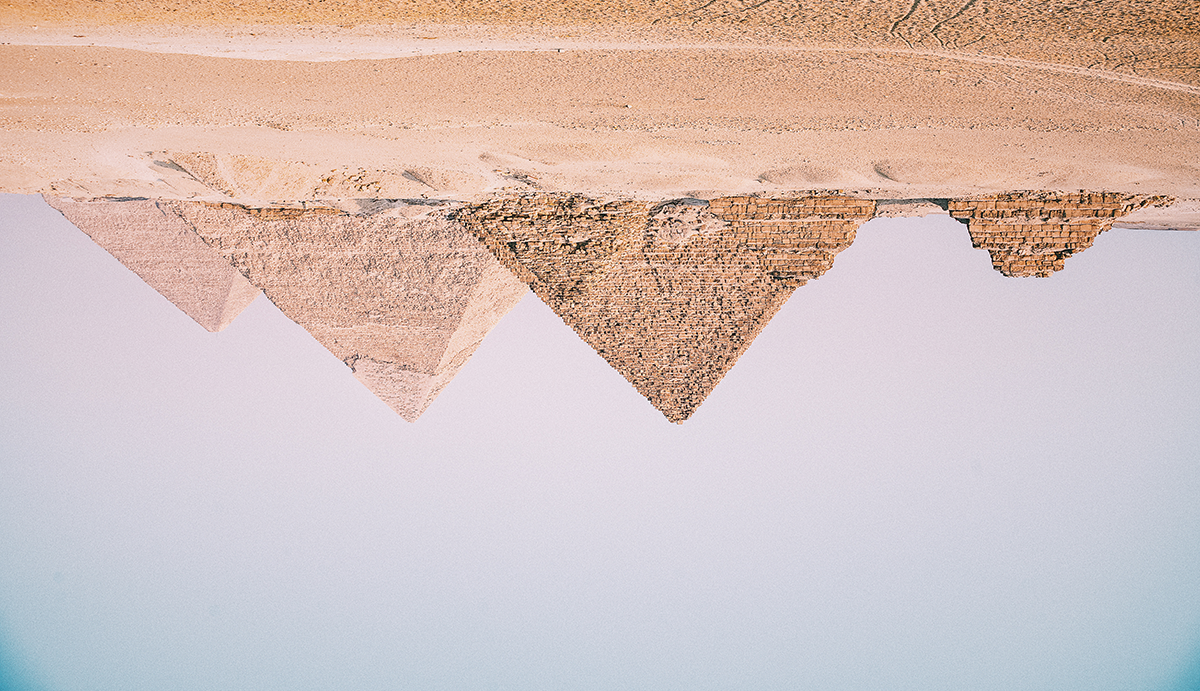 Picture this: you click on a website, and the copy goes straight to the point instead of bombarding you with fluff and irrelevance. Fabulous, isn’t it?

Too much fluff can lead to higher bounce rates and lower conversion rates. To avoid this, copywriters have started to embrace different ways of approaching webpage copy.

There is more to it than just an inverted pyramid. This complex yet impactful writing style will be carefully dissected in this article and give you examples of how you can implement it in your own work.

What is the Inverted Pyramid?

This concept was popularized by journalists who specialized in writing breaking news stories. Their way of writing often had real-life consequences and impacted how the public made their decisions. To ensure readers could get the essential information as quickly as possible, journalists started summarizing the “who, what, where, why, when” in the first few paragraphs.

This way, even if a reader didn’t have the time to go through the whole article, they’d still get the most important snippets that gave an accurate summary of what the whole article is about. This is often referred to as a “summary news lead.”

Let’s take a look at this as an example:‍

The storm in Ontario has caused severe damage to the neighborhoods. The security agencies have cordoned off the roads leading to Rodelle road; the government calls this a state of emergency and urges people to stay away from this area until the storm subsides.

Notice how the main parts of this news story are summarized in one sentence. If you are rushing, you’d know that the storm occurred, the level of damage it caused, and what the government says you should do about the situation.

Now imagine if that same news story started this way:

Ontario has been experiencing extreme weather in the past month, which is quite surprising because this is not the norm. There was once a time when Ontario had stable weather conditions, and you could leave the house confident that you wouldn’t get caught in a violent snowstorm at the end of the day. That brings us to what happened today…

In this example, the first few sentences don’t contain any valuable information. If you’d stopped reading on the third sentence, you wouldn’t know that Rodelle street was closed because of the storm. You wouldn’t know that the security got involved and that the government declared a state of emergency.

Do you see how damaging that could be for someone who lives on Rodelle street? News journalists had to think of ways to first grab their readers’ attention with the most vital information. This is why the inverted pyramid style of writing became so widely expected by journalists.

This brings us here, where other writers are thinking of ways to implement the basic principles of the inverted pyramid into their work. Copywriters, content writers, and journalists alike can all use this method to improve the effectiveness of their written communication dramatically.

Even if you’re not a journalist, you can use the inverted pyramid as a way to draw in your readers’ attention and retain it for as long as possible.

Here’s an example of what webpage copy for a new iPhone release could be:

In a time where users spend 5+ hours a day staring at their phone screens, the new iPhone brings you longer-lasting battery life, 40GB, a dual camera, and a bigger screen for you to watch your favorite videos. For just $800, you can invest in having the latest gadget that will make your life easier with its latest technology that keeps you organized, productive, and entertained.

Want to learn more about the new iPhone?

With this example, all the major features are mentioned within the first two-three sentences, and those who want to learn more are given a call-to-action where they can watch a video or read more about the product.

Check out the difference with this one:

You’ve waited two years for Apple’s new release, and finally, the wait is over. The new iPhone is finally here, and it looks sleeker than ever. Are you tired of having that old, slow iPhone? It’s time to get the new one; it comes in different colors and looks better than the old versions. With the new model, you’ll get to show off its unique designs to your friends.

Notice how this paragraph is just fluff - it gives no vital information about the product itself. If you only had this to go on, you’d think that the main selling point of the new iPhone is its pretty colors. Instead of something as ineffective as this, copywriters could start with the most important information and use this last paragraph at the very end. That is just one example of how you could implement the inverted pyramid method in your copywriting.

Benefits of Using the Inverted Pyramid for Web Copywriting

Going straight to the point and sharing vital information first is more effective than dancing around the main topic. Using the inverted pyramid method, you’ll draw your readers in more quickly, and even if they don’t read through everything, they’ll have the most important information.

Benefit 2: You’ll stand out from other copywriters.

Other copywriters may rely on fluff and buzzwords for their work, but your webpage copy will sound different and have higher conversion/retention rates. That is one of the top benefits of using this method.

The Moron's Guide to Growth Hacking

How to Improve Your Messaging by Using Review Mining

Understanding your target audience is absolutely essential for success. Your competitors' reviews are a treasure trove of information that you can use to improve your messaging.