The Moron's Guide to Growth Hacking

Are you an idiot? If so, read this article. 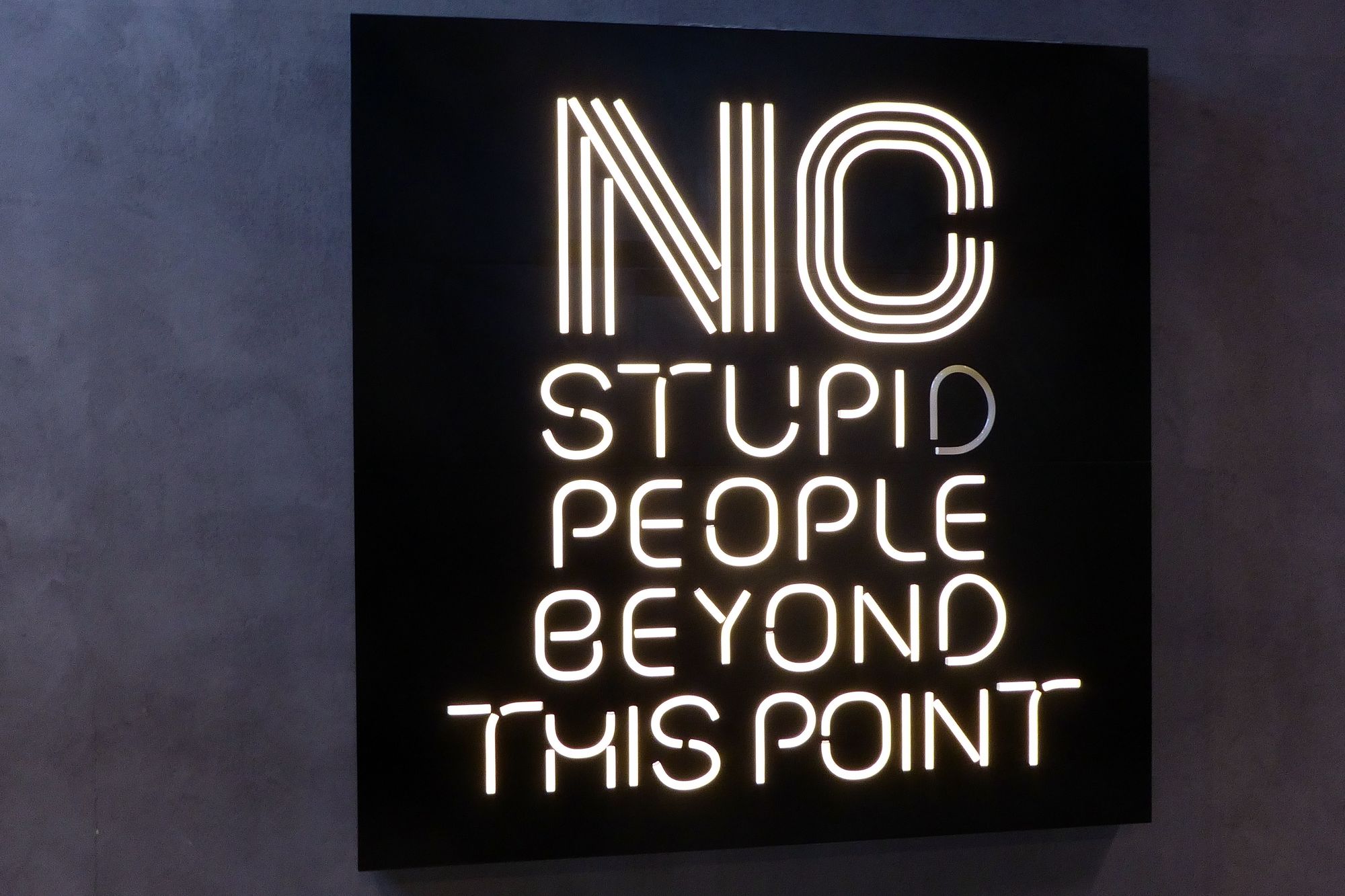 Are you an idiot?

id·i·ot ˈidēət/ person so mentally deficient as to be incapable of ordinary reasoning;"

Do you find yourself in awe at the mystique and aura of Growth Hackers™?

Are you envious at their other-worldly ability to communicate almost exclusively in lists?

Do their mind-numbingly irritating one-line-at-a-time LinkedIn posts give you stomach ulcers?

I was like you once - a wide-eyed nitwit, thrust into the world of Growth Hacking.

While my first thought was, "wow, most of this sounds like bullshit"...

I soon realized, good citizens, I was wrong.

No, most so-called Growth Hacker™, SEO, PPC, CRO, WTF experts out there are definitely data-driven genius technological assets to any organization and not a glorified Google Analytics CSV export.

I was even so much of a heretic as to convince myself that the millions of Growth Hacking agencies, all advertising the exact same crap, weren't a good investment.

Luckily, I spent the next 8 months reading all 7,371 growth hacking related ebooks released every day by random 23 year olds in Chiang Mai.

(Because, as you know, if you aren't reading 300 books a day you're a waste of tax payer dollars and should consider donating your body to science.)

Here, dear blockhead, is everything you need to know to be slightly less of an idiot in the big, wonderful, basically-quantum-physics realm of Growth Hacking.

1. Growth Hacking is definitely not a complete load of horse-shit

I know what you're thinking:

"But Naeem - how is it that every failed communications major on my connections list is capable of generating 2 million leads a month for the price of 3 packets of ramen and a Moz gift card?"

Indeed, I felt the same way. After all, anyone with half a brain and an internet connection can claim to be a "Growth Hacker™", right?

No marketer that was actually good at their job would ever need to call themselves something so ridiculous, right?

But alas, once again, it was I that was the muttonhead.

Every single "Growth Hacker™" that claims they're the difference between your business and Amazon is completely right. It's definitely not the case that they're mostly failed marketers attempting to rebrand so you pay their agency $3000 to set up heatmaps for you.

Don't believe me? Just look at the name: growth hackers. As you know, dear reader, a hacker is a highly technical, intelligent individual who leverages their considerable intelligence & resources to extract data from tightly-guarded institutions.

So, ask yourself dear idiot, why would someone call themselves a hacker if they weren't of considerable skill and intellect?

Do you really think someone could be that pretentious?

2. You need a PhD in Math to be a Growth Hacker™

Do you ever catch yourself sitting there thinking "hey, isn't Growth Hacking™ just finding creative new ways to tell people about my business"?

Well find the nearest BAMF Media Direct Mail pamphlet and smack yourself with it, because you've been bamboozled.

You see, Growth Hacking isn't the relatively simple practice of finding creative ways to get in front of customers. No, it's about algorithms. It's about maximized efficiency. It's about machine learning. It's about doing doctorate-level scientific data analysis on every single pixel on your shitty website.

Because if you aren't using 2nd-order differential equations to figure out which hex code maximizes add-to-carts of your dropshipped iPhone cases, why do you even exist?

One day, a wayward digital marketer might tell you they focus on creating value and being creative with their audience. They might not even mention all 20 analytics tools they have slowing down their website.

That, my friends, is what we call a heathen, and after reading this article you'll be prepared to smack them down with all the power of our lord and saviour Neil Patel.

3. Chatbots are the Future of Humanity

"Gosh, I'd love to spend the next 20 minutes running in an infinite loop talking to a fucking robot emoji just to find out how to log out of my stupid account"

Well guess what, you can now! With the power of chatbots.

You see, thanks to the geniuses over at Growth Hacker™ HQ, we've managed to skip the ~30 or so years of development left before we get an even vaguely coherent Artificial Intelligence.

Yes, that's right, using our 2000 IQ we've decided that human contact and good documentation is irrelevant. What the customers really want, is pointless conversation with an incoherent set of if-else statements a marketing intern spent 4 weeks setting up.

4. If you don't measure your self-worth by your CPC, you're doing it wrong

Truly, one of the most rewarding parts of a career in Growth Hacking is that you never again have to worry about what drink to order.

Just look back at this month's CPC results!

(We decided recently we're going to stop writing shitty clickbait content. Instead, if you liked this article and sign up for ContentFly, let us know we'll give you a $100 discount.)