What the gurus don't tell you about entrepreneurship. 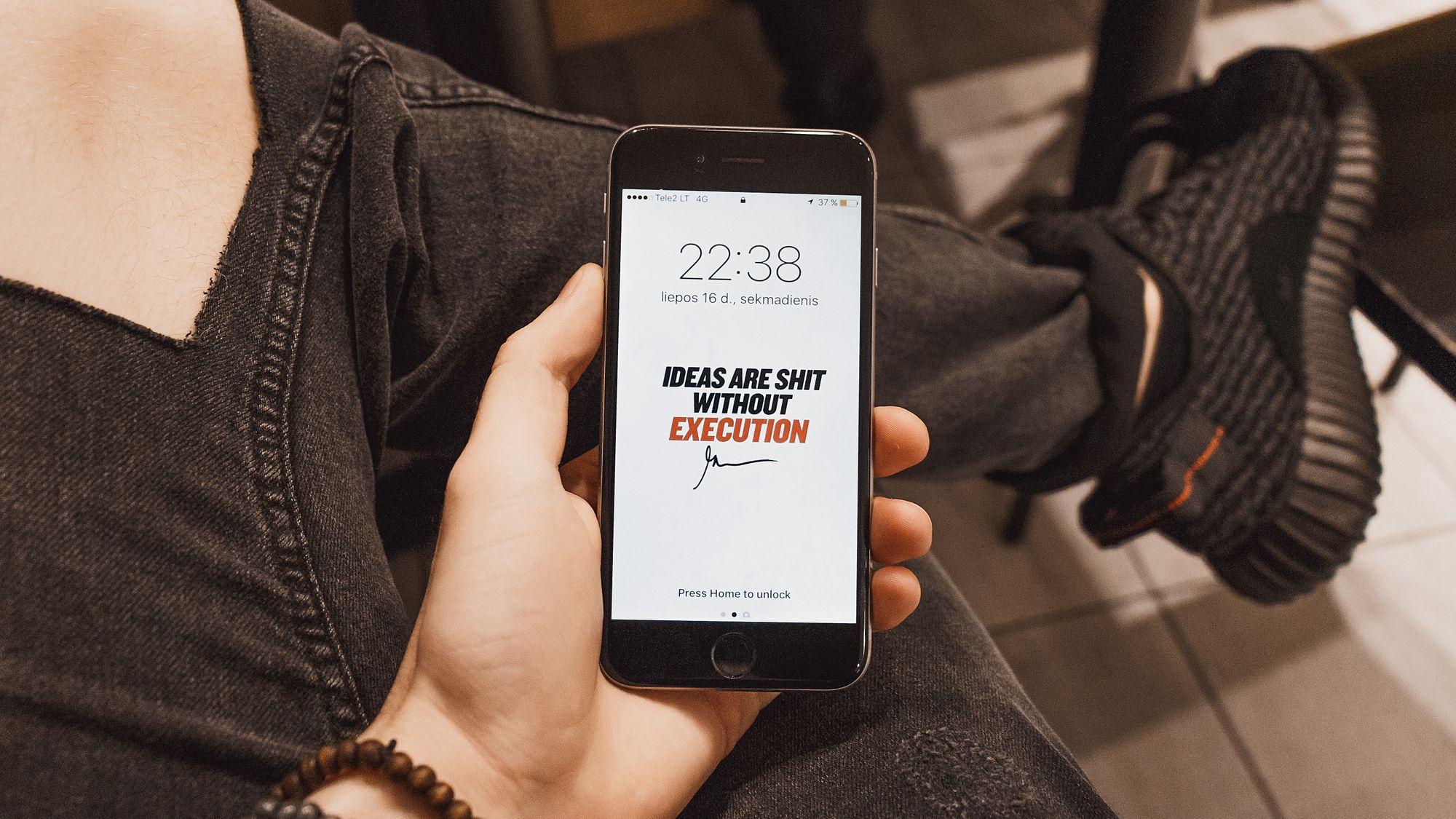 If you're even mildly interested in entrepreneurship (aka you have an internet connection and have watched at least half an episode of Shark Tank), you're probably familiar with the Entrepreneurial Influencer.

The Gary Vees, the Tony Robbins, the Tim Ferris.

The "just fucking work bro", the motivators, the "all is possible through Hustle™" ra-ra evangelists.

Don't get me wrong, these guys are great, and necessary. They've all accomplished incredible things. Tim Ferris masterminded today's nomad movement, and Gary Vaynerchuk's message of work ethic is painfully needed in an increasingly entitled culture.

However, before you drink the kool-aid and dive into the wonderful world of struggling entrepreneurship, here are a few realities your grand mama (and YouTube subscription never told you about entrepreneurship.

1. It can get incredibly lonely

The early days of entrepreneurship are always the same, no matter who you are.

It's you, a couple of cofounders and early employees (maybe) hammering away at an idea with the hope that it'll some day manifest into something big. You're going to war day to day on a hunch with a few other folk in the exact same place as you.

Yes, often being in the trenches is wonderful and it feels like a platoon of soldiers slowly breaking enemy ground together.

On the other hand, it feels like a platoon of soldiers slowly breaking enemy ground together.

Tunnel vision is a serious thing, and you'll very quickly be so immersed in this one idea with a few select people you'll start to lose balance.

As an entrepreneur, you'll have to put hours in that your friends won't. More importantly, you'll find that work never really turns off, and socializing becomes more of an occasional distraction than a part of your routine.

The fact is, no matter how hard you try, the journey of entrepreneurship requires sacrifice. When looking at Maslow's hierarchy of needs, you won't really be able to sacrifice much from basic necessities - food, water, sleep, etc.

Where you really end up sacrificing is in your social life. And that gets lonely when the dopamine of a Big Idea isn't fuelling you.

2. You will make a crap ton of bad decisions

So many good decisions have to happen for a company to become something big. If you look at the histories of even the most prolific companies you'll find at least half a dozen times in their history where a slightly different decision would have led to catastrophe.

The flip side to this, is that for every 1 good decision you make, prepare to make another 3 bad ones.

Entrepreneurship isn't like other career paths - there isn't a guidebook. You usually can't Google it. At best, you can get some vague guidance from your mentors and go at it with your best.

And sometimes when your brain is ringing with thoughts of all the red on your balance sheet, those decisions can go extra bad.

Most entrepreneurs, especially young/new ones, don't have a clue what they're doing. Every day is a brand new day of "well what the hell do I do now?" and often times, you won't even know if you made the right decision or not many months/years down the line.

Prepare to fuck up. A lot. Always.

The Gary Vaynerchuks of the world are incredibly good at one thing: getting you motivated.

This certainly is important and has its place, but when you're actually in the trenches and need practical advice, you'll find the aforementioned gurus not so helpful anymore.

The fact is, building a business sounds really sexy - until you're 12 months in and your entire life is about abstract movements on your balance sheet or cash flow.

Like, how do I get excited when the best thing for me to look forward to next month is a 3.6% increase in retention? How many yachts will that buy me?

It's very easy to get excited early on when you're thinking of big ideas, but ultimately most of business is spent in the details. After a while, entrepreneurship does become a grind that's not that indistinguishable from what you'd do at a regular 9-to-5.

Only without a regular, or any, paycheque.

Alluding to one of my earlier points, the fact that you're basically solo-ing it is also what makes staying motivated really difficult. This is why it's essential to surround yourself with good cofounders and mentors.

Have you noticed most of the great businessmen and women are portrayed as these savants? Tony Stark-esque superheroes who are all weirdly slim and apparently shit gold.

The fact is, you're still human.

Yes, to succeed you have to be better than the average human - but do you really think Warren Buffet wakes up at 3am and goes to the gym for 6 hours while doing sales calls?

So it kinda sucks when you're slightly overweight, have flat feet, and live in a climate that doesn't allow you to run up mountains in short shorts, only to get hamblasted by gifs like these on the daily:

Well here I am, keeping moving forward like that Al Pacino motivational video on YouTube told me to.

The one place that Gary Vaynerchuk often gets wrong is how outcome dependent he is.

He tells you that you need to sleep 5 hours a day.

He tells you that you need to work 3 jobs, see your friends less, learn to work harder in less time.

What he doesn't tell you is that, despite everything, if you're doing it for the right reasons it can be one of the most cathartic things you'll ever experiences.

Regardless of whether you succeed or fail.

In the last few thousand years of human progress, we lost something that we used to have - a sense of the hunt. Of chasing our keep. Somewhere between layers of technological abstraction and bureaucracy we lost our innate Pavlovian response of hard work and success.

Entrepreneurship is the ultimate meritocracy. Survive and thrive, or fail and die. That's it.

And there's something incredibly freeing about that.